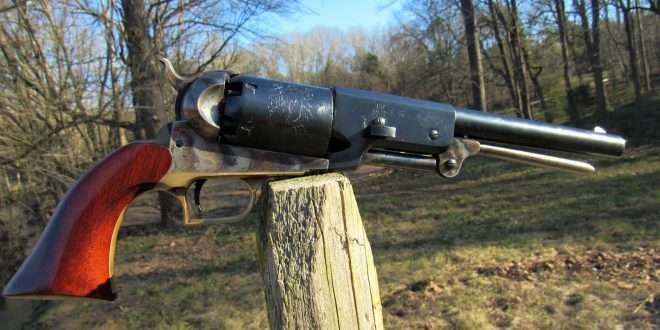 Edward May 2, 2022 Shooting Sports Comments Off on The Walker Colt 25 Views 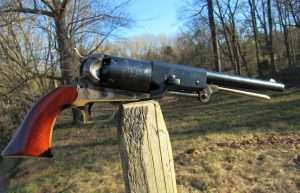 The Colt Walker Model 1847 .457 Caliber was the most powerful production revolver in existence until the 357 Magnum made its appearance in 1935. With 6 cylinders which each hold 60 grains of black powder and firing a .457 caliber round ball or molded “Pickett” bullet, the Walker produced more than enough power to drop horses and enemy soldiers alike. It was originally designed to take out enemy horses, as a soldier without his mount was effectively neutralized.

The Walker was produced in limited numbers (approx. 1100) by a collaboration with Sam Colt and Captain Samuel Walker (USA) to replace the single shot pistols that mounted horsemen had been carrying up to that time. Mounted horsemen were issued two Colt Walkers to be carried in holsters on either side of the horse’s saddle. They now had 12 shots at their disposal and an effective range of up to a hundred yards with the Walker’s 9-inch barrel.

With a weight of 4.5 pounds per revolver and a length of more than 15 inches, the Walker Colt was never meant to be carried in a belt holster. (Tell that to Clint Eastwood who holstered two Walkers in the film, “The Outlaw Josey Wales”).

The Walker did have its share of issues however, mainly with ruptured cylinders most likely caused by poor metallurgy. The Walker also had a very big design flaw, but one that a soldier could remedy. The loading lever catch was not held in place by much, and recoil from one shot will easily drop it, making the revolver useless. A simple piece of rawhide or nowadays, a zip tie-will keep the loading lever from dropping.

With 50 or 60 grains of black powder, the Walker is capable of velocities around 1250-1350 feet per second- and 500-foot pounds of energy. The Walker is still to this day the most powerful handgun ever issued to the US military.

None of this was able to save Captain Walker however, he was killed in battle with Mexican forces shortly after receiving his two Colt Walkers. I’ve tested my two Walkers out with 60 grains of black powder, and it would be a feat to still be able to see if one were to fire this massive revolver indoors. There is a plume of black smoke that comes out of the barrel for several feet. Outside however, we were easily able to effectively hit man, sized targets at 100 meters offhand, the long barrel helping a lot with accuracy. 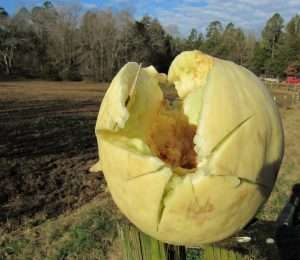 (Above: A .457 caliber round ball weighing 143 grains will do a lot of damage if driven at a fairly high velocity.

The 357 Magnum has around the same muzzle energy but has a smaller diameter projectile (.357 diameter). The larger diameter .457 caliber projectile of the Colt Walker comes in contact with more and causes significantly more damage. Big holes let in a lot of air and let out a lot of blood).

The Walker Colt By Tim Aldridge